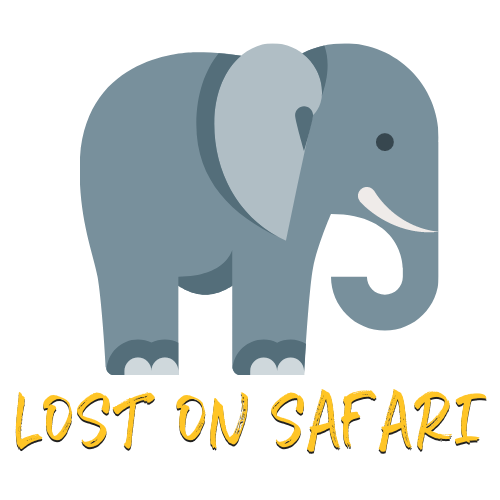 We Are Happy To Guide You

Welcome to Lost on Safari! We’re excited to have you join us in our little section of the internet. By now, you probably know we run this website called “Lost On Safari.”

We’re Cameron Seagle and Natasha Alden and on this site, you’ll find our experiences, photography, and informative travel guides from traveling to over 85 countries and counting. We have a passion for traveling, drinking delicious coffee from around the world, being outside and active, taking photos, and a bunch of other random things.

We were nomadic for almost four years across six continents and 85 countries. It took us 500 blog posts, thousands of nights in different beds, a few horrible meals and a tons of amazing ones until we chose to base ourselves in the Canadian Rockies. Now we travel for half the year and explore the mountains for the other half, you can see our other website, The World Pursuit, to see what we get up to when we’re not traveling around Africa. We think our lives are rad and want to help our readers live an awesome life too!

We Provide Information and Helpful Advice.

On this website you’ll find useful travel tips, itineraries, travel videos, and stories from our adventures around Africa. Lost on Safari is a place you can find up to date information and inspiration about traveling the continent. Our goal is to bring Africa to you and give you the resources to get out there and fall in love with travel like we did. Unless otherwise noted, every single blog post on this website is written by us and comes from our own experiences.

This Is Our Passion

We don’t have all the answers yet, but we are always ready to share with you what we do know!

The blonde in all these photos? It’s me! If there are three things I love yoga pants, movies, snowboarding, animals, and travel…and sushi – okay I love a lot of things. My favorite country to travel to is Japan and I have always dreamed of learning to cook in Italy.

Now that we are a little better acquainted let me tell you where this whole travel thing started. I grew up in the center of the mitten state. If you don’t know what I am talking about just take your left hand and put it in front of your face. That is Michigan. As a child, I went on many family vacations, but never truly left the country. Wanderlust started when I studied abroad in Australia. I didn’t know that this experience would change my life. Upon return, I vowed that after college I would take a backpacking trip around the world to celebrate.

Hello, I’m Cameron, and I make up one half of this blog.  I’m a big music fan, and I don’t discriminate. I could write a list of my favorite artists, but it would likely get out of hand!I have what some would call an addictive personality.  We both try to eat, and we’re about 90% vegan, can’t shake the sushi and cheese.

I love to cook, and Natasha does the dishes, so I’m always trying out new vegetarian or vegan recipes — not sure who gets the better deal. I’m in all of this for the photos, food, beaches, mountains, adventure, and excellent hikes. We’ve also got a “healthy” addiction to adventure sports. So, don’t be surprised when you see us doing some crazy activity in the middle of nowhere, like jumping off the tallest bungee bridge you can find in the world.

Have time for a longer version?

The story of the two of us begins right after college in 2013.

I (Natasha) had been working as a waitress to get through college and to also save a butt load of money. Side note – Natasha pride myself on my saving habits, and have been deemed “frugal.” Between the sale of my Ford Mustang and my saving efforts I was able to graduate with a BFA in Film Studies and a BS in Business Marketing from the University of North Carolina Wilmington with $20,000 in the bank.

I had big plans to take that money and backpack around the world and booked a one way ticket to Iceland, the cheapest flight I could find to Europe. I didn’t have any plans and no end date. Just to go until the money ran out.

After graduation and just weeks before I was set to take off for Europe I went with some friends to a celebration party and through a mutual friend I was introduced to Cameron. We chatted, we drank cheap gin and tonics, I told him I was going on a never ending backpacking trip alone. I told him that he should join me that summer, half joking, but half not. (I later found out that he thought I was completely full of crap regarding the trip and the invite).

We went on one date before I left, and he told me that he bought a ticket to meet me in Norway. He also wanted to travel Europe and figured this was a great opportunity. If we ended up hating each other we would just go our separate ways. We met a month or so later for our third date in the lovely city of Stavanger, Norway and ended up traveling Europe together and developing a relationship for the next three months

We said our goodbyes in Greece and he went home to finish school, while I continued on with my travels not knowing if we would see each other again.

Thankfully, it turned into something more! I continued traveling throughout Europe, the Middle East, and Asia. We agreed to meet again and celebrate Christmas in Thailand and New Years in Cambodia! It was a very exciting time for us, but Cameron needed work and I was getting tired of the constant travel. Cameron went home, and I continued on to Japan – my dream country before I thought I should put those costly degrees to use and get a job.

We returned to the “real world” together, moved to New York City, and found ourselves a big boy and big girl job in Manhattan. We both had good jobs and fun coworkers, but after a year and a half of living and working in the city, we realized that the rat race wasn’t for us. There had to be something more than two weeks of vacation and working at an office 60+ hours a week, while commuting two hours a day to work and living in a $2000/month small apartment.

Together we devised a secret plan to save as much as we could and quit our jobs at the end of our lease. Cameron worked weekend overtime hours and I picked up a cocktail waitressing job in a Manhattan sports bar.

We were going to start traveling again and seek out the greatest adventures we could. In 2015, we bought the domain to The World Pursuit. We had no clue what we were doing, but the goal was to document our travels better than the non-existent job we had done before.

We put in our two weeks notice on the same day, we packed up our clothes, sold what little furniture we had and bought a one way ticket to the cheapest place we could find – Latvia.

Honestly, we had very little interest in visiting Latvia, but it was a $200 flight to Europe – just what we needed to start this life of travel. We had no plans and were living life day to day. We traveled around Europe for the next year writing tips and stories on our blog with little clue to what we were doing, but hoping that others were reading.

We were moving every few days and living on a frugal budget through the Balkans and the Mediterranean. Posting fun photos on Instagram and making about a $1000 a month through copywriting and other random internet jobs.

It was enough to keep us going and motivated, so we did something that we both had always dreamed about and bought a one way ticket to South Africa. We stayed in South Africa (which may have been a bit too long), and completely fell in love with traveling Africa. So we bought a Land Cruiser and decided to tackle the continent ourselves.

It was a wild adventure and one we think about and miss every day. We found plenty of headspace in the African wilderness that we’ve grown to love. When we could find internet in the African bush we blogged frequently about our overlanding trip, which we called #HashtagAfrica. We realized there weren’t many people overlanding Africa, but many who wanted to travel there like we did. We camped, enjoyed many nights by the fire with the hyenas howling in the distance, and enjoyed safaris in some of Africa’s best national parks. We made sure to keep up with the blog and our social channels.

Eventually the sad day came when we had to move on, sell our truck, and leave Africa but that didn’t mean we were going to stop traveling and blogging. That brings us to where we are today.

Still traveling, still on adventure, still observing all the wildlife we can, and still enjoying each second that we have together on this beautiful earth.

We consider ourselves very fortunate to live the life that we have. Every day we strive to spend less time in cities and more time in the great outdoors 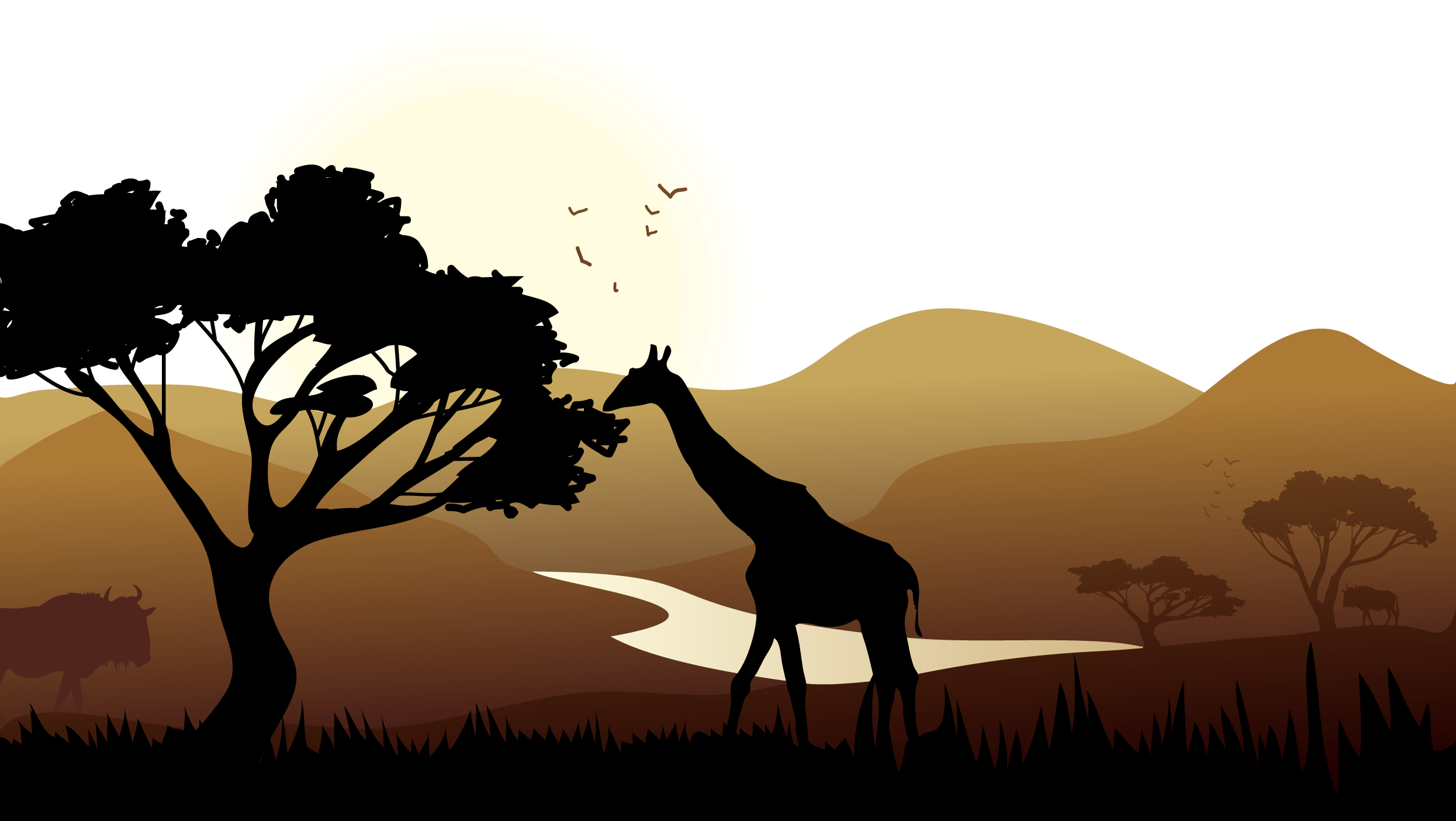